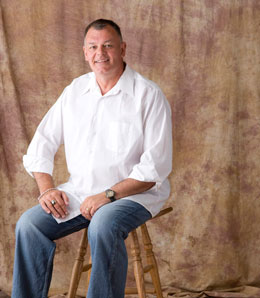 He trained and worked as a master glass blower in Waterford Ireland for eighteen years. In 1996, at age 34, after the sudden death of his first wife, Pauline, he left Ireland with his two small children and settled in the United States.

In the summer of 2011, John recorded his first album, GRACE, in Nashville, Tennessee. GRACE is a blend of traditional church hymns and old Irish ballads with a hint of bluegrass style to enhance the beauty of the songs.

John now resides in Pennsylvania with his wife, Carlene and three children, Neil, Orla and Clare, and Paddy the dog.