by Liam Murphy of the The Munster Express, Waterford Ireland
February 17, 2012 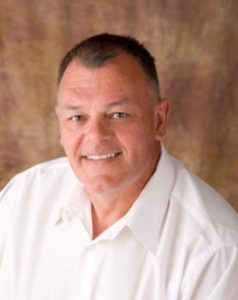 There is often a wonderful serendipity in the world, the way aspects of the past can return and bring pleasure and remembrance in abundance. That was the wonderful feeling I had as I listened to Grace…
the new cd from John Moloney. John was born in Waterford and was educated by the De La Salle Brothers, he worked as a master glass blower for eighteen years and was part of a wonderful new community. His father, a real gentleman, was a vital part of the community and he helped in the Church. To meet him was to be in the presence of faith and gentle caring.

In 1996, John, aged 34, after the tragic and sudden death of his first wife, Pauline Cooper Moloney, who was a secretary in the school, my children attended, decided to up sticks and left Ireland with two small children to seek a new life in Pennsylvania, USA.

John found peace and a new start in America and music and singing were a key part of that healing. His cd Grace was recorded in Nashville Tennessee and produced by Thomm Jutz, who did similar work for two Liam Merriman cds. The production and mastering is of a top quality and John’s rich baritone voice is well complemented, by fine musicians, in a mixture of styles.

Grace has traditional Church hymns and Irish ballads and the mix sets the right, if not the righteous, tone of a strong faith and a love of praising and sharing the ups and downs of a lived life.

That spiritual aspect and love is well caught in Morning Has Broken, a song about renewal and starting again, morning after morning. John was blessed to meet and marry, Carlene Weachock and his happy smile on the cd cover tells its own wonderful story—fresh from the world.

“You who dwell in the shelter of shelter of the Lord, will abide in his shadow for life” are the uplifting words that open, On Eagle’s Wings.

My favourite is Dominic Behan’s The Auld Triangle and John Moloney gives it a fresh outing with great feeling. The closing track, a nice arrangement of Our Father, reminded me of John’s late father and the good work he did in his community.

I rediscovered John via Facebook, which is a great advantage of social remembering and I know John is playing a meaningful role in his new community. A flyer with the cd says he is taking bookings to celebrate St. Patrick’s Day.